Let’s take a walk in the forest!

The forest and its shade during the summer, the color of its leaves in the fall : how we like to take a walk there, have a picnic or just rest !
But in the undergrowth’s high grasses, in the shrubs and bushes, at the edge of the forest or in the fields, a little arthropod1 is awaiting to jump onto our skin and feed off our blood: the tick. Ticks can be found throughout the year but are particularly active from March to November. 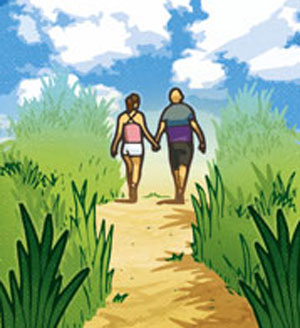 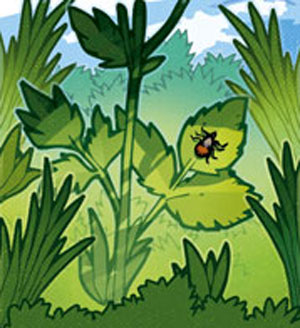 Ticks have three stages of development: larvae, nymph, and adult. Each stage transition requires a blood meal.
These mites2 climb on top of high grasses, up to 1.5 meters above the ground and attach to animals and humans walking past their reach. They tear the skin with their chelicera3 and sting with a type of arrow called hypostome4. The arrow allows the ticks to anchor firmly to our skin and continue their blood meal for several hours. 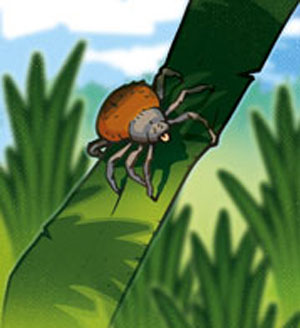 Where can you find ticks in Switzerland :

There are several tick species. The most common one in Switzerland is the sheep’s tick, Ixodes ricinus. It lives mainly in the humid areas where the temperature is neither too hot nor too cold. Therefore, it is rare to find ticks above 1500 m altitude.

Help us map the risky areas

A tick has bitten you? Indicate where with the app “Tick”, created by M. Tischhauser, Prof. Grunder and their colleagues. You can even anonymously send them the tick. It will then be examined at the National Reference Centre for tick-transmitted diseases, in the laboratories of Prof. Greub in Lausanne, Dr. Lienhard in La Chaud-de-Fonds and of Dre. Ackermann in Spiez. These scientists will figure out if the tick carries different germs such as Borrelia burgdorferi, Anaplasma phagocytophilum, Rhabdochlamydia helvetica, Francisella tularensis or the TBE virus. Therefore, thanks to you, specialists will be able to establish a map of tick disease risk areas.
Thanks for your help!

They do indeed. Lyme’s disease and Tick-borne encephalitis are transmitted through ticks and can have serious consequences. In addition, other bacteria like Anaplasma phagocytophilum for example are also tick-borne. In the forest some behaviors are safer than others.

There are several very simple ways to not get bitten by ticks and to avoid the transmission of germs. Let’s take a look at them.

How to protect ourselves ? 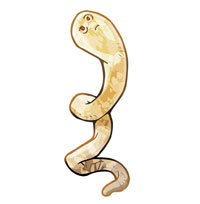 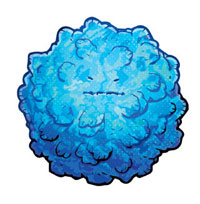 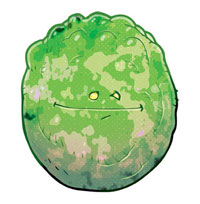 Arthropod1 = Small animal with articulated legs and an external rigid skeleton, which forces it to evolve through successive molts. Over one million and a half different species of arthropods exist. It is the one animal group most present on earth. It includes insects, arachnids (spiders, scorpions and mites), shellfish, and Myriapoda (centipedes).

Mite2 = Arthropod part of the arachnid group (spiders). Mites have 4 pairs of legs whereas insects only have 3. There is a big number of mites but most of them cannot be seen with the naked eye. However, some of them, like the tick, can reach a size of a few millimeters.

Chelicera3= Barbs in the shape of knives which can be moved laterally and which serve to tear the skin.

Hypostome4 = Part of the head of insects and arachnids located under the mouth, allowing ticks to « sting » and anchor onto the skin.