The bacterium Borrelia burgdorferi causes Lyme’s disease, also called Lyme borreliosis. Other Borrelia species cause other diseases. These bacteria are part of the spirochetes family named after their spiral shape. Other members of the family are: Leptospira transmitted by rodents that causes leptospirosis1 and Treponema a sexually transmitted disease that causes syphilis2.

Borrelia burgdorferi is transmitted by the sheep’s tick (Ixodes ricinus), which is highly present in Switzerland. 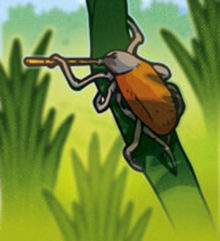 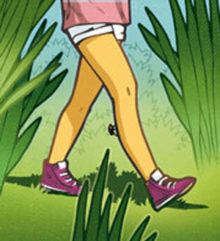 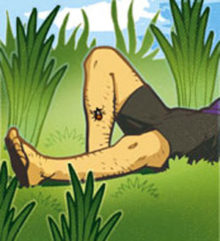 Depending on the area, 5 to 30% of ticks are infected with Borrelia burgdorferi. In addition, not all infected ticks transmit the bacteria. It is estimated that out of a 100 tick bites, less than 3 of them will lead to a Borrelia infection. The transmission risk of the bacterium can further be decreased if we can limit the length of the blood meal.

In Switzerland about 10’000 people get this disease each year (0.1% of the population, numbers FOPH 2017) and these numbers are comparable for Europe. A redness at the bite location may occur at the beginning of the disease and will then spontaneously disappear after a few weeks. Without treatment, some people develop the second stage of the disease, which can occur several months or even years after the bite. During this second phase individuals will develop symptoms that affect their joints (pain, arthritis), the nerve system (facial paralysis) or the skin.

Borrelia burgdorferi is one of the six species of Borrelia causing Lyme’s disease. Depending on the infecting species the symptoms are slightly different. The proportion of skin, joint or neurological complications varies from a species to another as well as from a region to another.

Unlike Tick-borne encephalitis caused by the TBE virus, there are no vaccine to protect against Lyme’s disease. Thankfully, antibiotics can easily and effectively treat this infection.

Leptospirosis1 = Infectious disease affecting both humans and other mammals (dogs, pigs, horses) with varing symptoms. It is caused by a bacterium that survives in stagnant water, mud, and humid soil. Humans often have flu-like symptoms such as fever, shivers, and headaches. The more severe form infects the kidneys and the liver, causing a jaundice, and a 20% mortality.

Syphilis2 = Sexually transmitted disease (STD) that can present itself with a non-painful ulceration of the mucosal membrane (inoculation canker) or a skin rash without itchiness. If it is not treated, syphilis can become chronic and cause dementia several years after the infection (3 to 20 years). It is currently having an upsurge in Switzerland and other developed countries.

Antibiotic3 = A drug which allows to kill bacteria or at least to stop their growth. Antibiotics act against bacteria, but do not help treat diseases caused by viruses and parasites.