In the tropics, many germs are transmitted to humans by flies and mosquitoes. Depending on the region, different germ-transmitting insect species can be found. 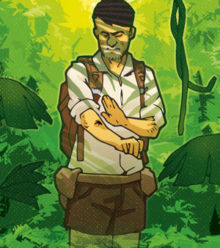 However, all of them operate in the same way: they bite to feed off blood and in the meantime transmit the diseases to us. Don’t act careless by walking around with bare arms and legs in areas where there are many bloodsucking flies and mosquitos. 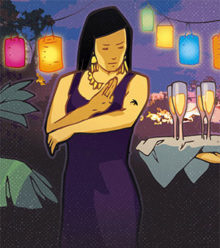 Let’s familiarize ourselves with the main disease-carrying insect found in tropical countries: 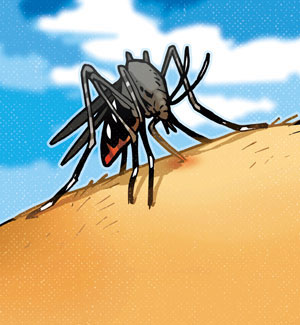 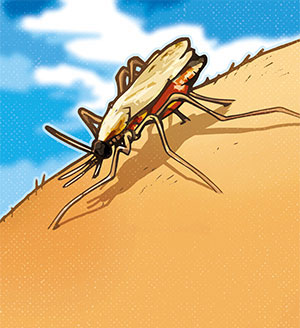 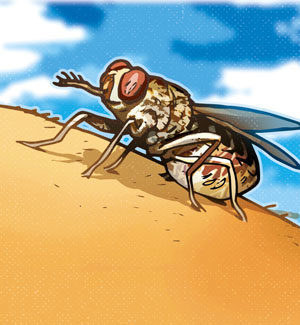 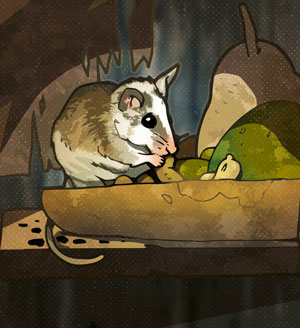 Rabies is not commonly found in Europe. In Asia and Africa the virus is still highly present and is mostly transmitted by dog bites. This disease is almost always fatal once the symptoms appear. However, there is a very efficient treatment that can be given shortly after infection. If you ever get bitten or scratched in a rabies high-risk country,  you must consult a doctor instantly. In addition there is a vaccine against rabies that is recommended for longer stays in an endemic country, especially if risky behavior such as bicycling is planned.

Zika Virus1 = transmitted by mosquitoes, the Zika virus causes a disease that usually is benign with various symptoms such as fever, headaches, a skin rash, some fatigue and some muscular and joint pains. However, in pregnant women, this virus can be the cause of microcephaly, a severe malformation of the fetus, causing mental retardation.

Dengue fever2 = Tropical disease transmitted by mosquitoes of the day-biting Aedes genre. Patients usually suffer of fever and headaches, with some muscular and joint pains sometimes associated with a skin rash. Dengue fever spontaneously heals in about ten days, but serious deadly complications can occur. They present with spontaneous bleedings, from the nose, gums as well as skin.

Yellow fever3 = Tropical disease from Africa and America transmitted by mosquitoes. It initially causes fever, shivers, muscle pain and headaches. In the severe form later on, people can experience vomiting as well as having their liver and kidneys affected. Coma and death will then occur in 50 to 80% of the cases. Thankfully, there is a safe vaccine against yellow fever, besides mandatory to travel in some countries.

Leishmania4= Chronic parasitic disease that presents in three forms depending on the Leishmania genre: cutaneous (skin), visceral, and mucosal. The first one is usually benign, whereas the two others can be very serious. These parasites are transmitted to humans and animals (especially dogs) by the sand fly.

Chagas disease5 = Parasitic disease caused by Trypanosoma cruzi and transmitted by a bloodsucking flea in rural areas in Central and South America. It is characterized by symptoms such as fever, fatigue, and sometimes swelling at biting site. Liver and spleen hypertrophy or muscular pains can arise in children and people with weak immune systems6. In about 30% of the infected people, the disease can become chronic with sometimes serious damage to the heart and muscles.

Hemorrhagic8 = Associated with an important bleeding caused by the rupture of a blood vessel.